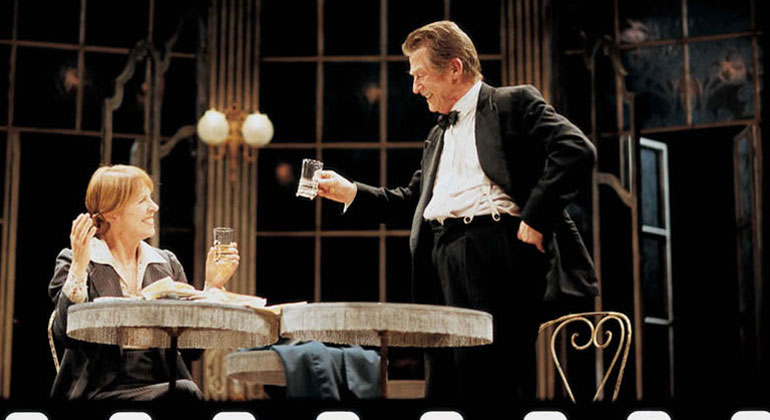 This short, static but ecstatically well-acted new play by Brian Friel reintroduces Uncle Vanya's Sonya, and Andrey Prozorov, brother to Chekhov's Three Sisters, finding them meeting twenty years on in a café in Moscow.
As played by Penelope Wilton and John Hurt, both of them ache with loss, longing and loneliness from which they cannot rescue each other.
Marek Senton, BBC London

Both Robert Lefevre's direction and the acting from John Hurt as Andrey Prozorov and Penelope Wilton as Sonya Serebriakova are immaculate. They take care over every word and gradually build up pictures of their characters' lives during period since the end of their respective plays. They ensure that a gentle Chekhovian humour is maintained and draw out the pain that that has characterised the lives of these two unhappy people.
Philip Fisher, British Theatre Guide