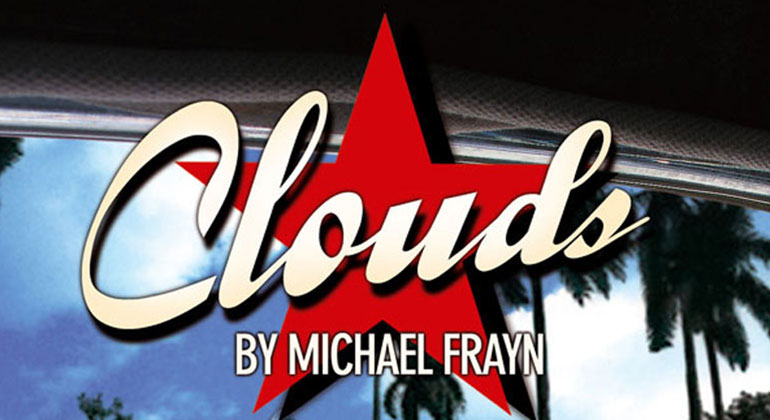 When Owen Shorter, world-weary journalist, and Mara Hill, serious lady novelist, first meet in Cuba they are horrified to discover that they have both been commissioned to write the same article by competing newspapers. Journeying across the island, in the company of an older journalist, a beautiful local chauffeur and a sensitive tour guide, they find themselves beginning to move to the rhythms of Cuba. As the clouds clear and the temperature rises, their rivalry turns to desire and Mara and Owen see what's been staring them in the face all along.

Clouds, by Michael Frayn - the multi-award-winning author of the hit comedy Noises Off and Copenhagen, starred Tara Fitzgerald and Lloyd Owen.

Set against the backdrop of one of the world's most intoxicating and seductive countries, Clouds is a grown up and witty romantic comedy that takes a wry look at the British abroad.