Sinatra at the London Palladium 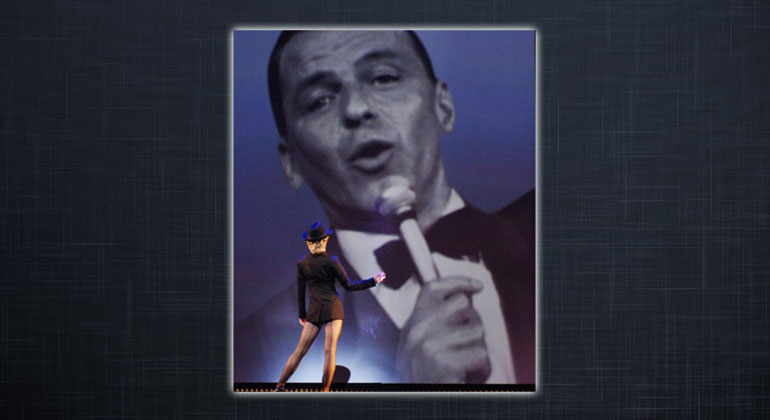 Sinatra at the London Palladium

At the heart if it is Sinatra himself, captured at the peak of his career, singing his greatest hit songs direct to the audience in ultra-rare, and some never-before seen, footage. Ground-breaking creative use of cutting-edge technology put him centre stage, larger than life on multiple moving screens, and let him perform with a brilliant company of dancers and singers, supported by a twenty-four piece live orchestra of the best musicians in London - together performing some of the greatest music ever recorded.

This new £5 million stage spectacular was an experience unlike anything you have seen before in the theatre. Award-winning director David Leveaux took the audience on an emotional rollercoaster ride through the extraordinary life, stunning music and turbulent times of a man whose career dominated the twentieth century, and who was arguably the world's greatest entertainer.