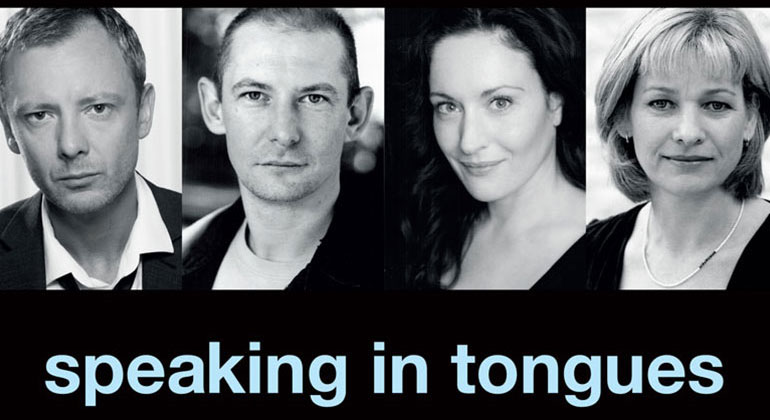 A missing person. A mysterious stiletto. Relationships in crisis. In Speaking In Tongues, the seemingly random confessions of a group of strangers are pieced together into a powerful study of infidelity and interwoven lives, as Detective Leon Zat investigates the disappearance of a leading psychiatrist.

Andrew Bovell’s play had its West End premiere at the Duke of York’s Theatre, directed by rising star Toby Frow. Bovell’s previous work includes Baz Lurhmann’s Strictly Ballroom, and his own adaptation of Speaking In Tongues into the acclaimed film Lantana.