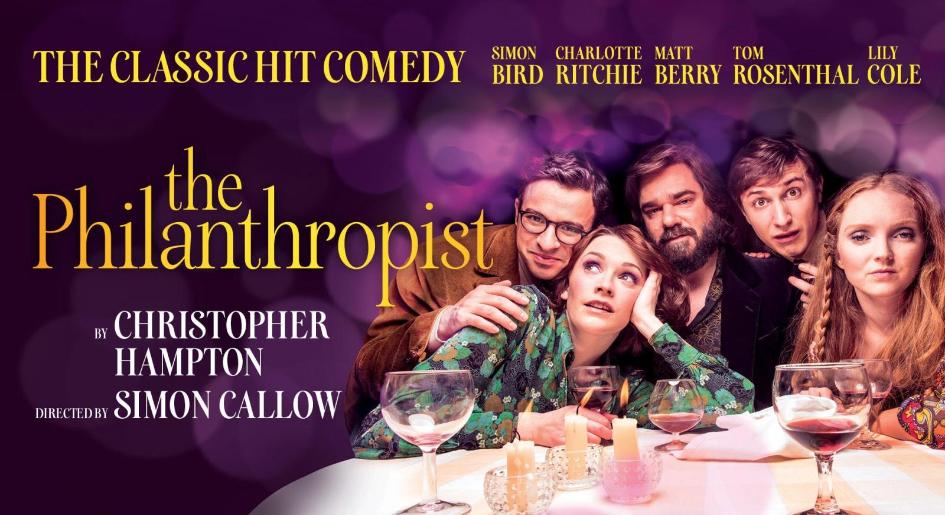 Christopher Hampton’s most celebrated play has been delighting audiences and since its premiere at the Royal Court in 1970. A biting ‘bourgeois comedy’ and a fiendishly clever inversion of Moliere’s ‘The Misanthrope’, Simon Callow’s new production boasted some of the most exciting young stage and screen actors including Simon Bird, Tom Rosenthal, Lily Cole, Charlotte Ritchie and Matt Berry.

Set in a fictitious English University town, strongly evoking Oxford or Cambridge, the play follows 24 hours in the lives of a group of young academics. The action unfolds in the rooms of Philip the university's cosseted and floundering professor of philology, for whom solace and certitude exist in complex wordplay. Out in the 'real world' the Prime Minister and his cabinet have been assassinated and England's most treasured writers are being murdered one by one! Back in the cosy bubble of university life, the bachelor don anguishes over sex, marriage, anagrams and the meaning of life. Did someone suggest academics were 'out of touch'?