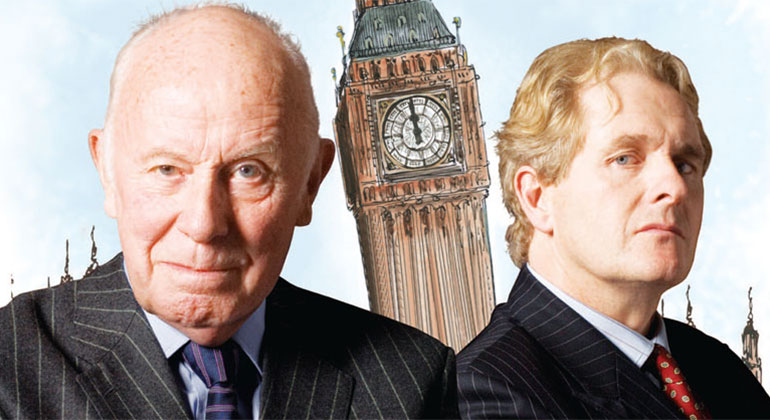 **** A pungent satire on the parliamentary whips. A fascinating insight into Westminster power games

Steve Thompson has written a vitriolic political comedy that makes the average alligator pond look like a health spa. Terry Johnston's production is crowned by Richard Wilson's chief whip: an ageing walrus with the political loyalty of a guard dog and the ethics of a jackal

Whipping It Up is the sharpest new comedy of the year. Terry Johnson directs a masterful production, achieving a hurtling comic pace while also allowing for considerable depth and subtlety in the performances

Whipping It Up looks like the next Yes, Minister