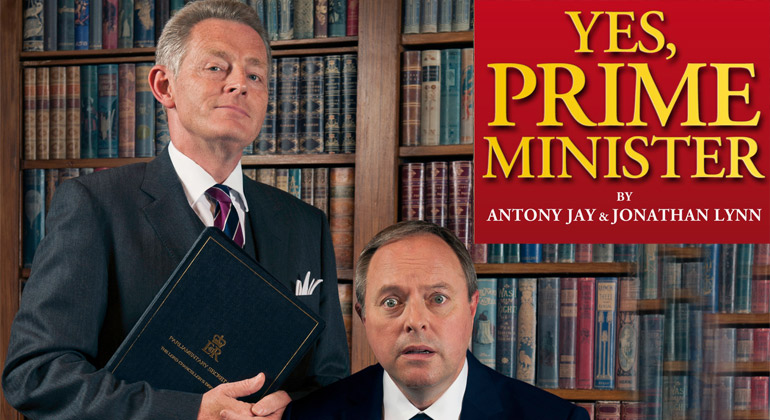 Jim Hacker and Sir Humphrey -  back in the West End – the other coalition comedy!

A triumphant return to the West End for this unstoppable production.

The original writers of these classic series  reunited for this anniversary production and now the Prime Minister Jim Hacker, his Cabinet Secretary Sir Humphrey Appleby and his Principal Private Secretary Bernard Woolley are all back, in a brand new play.