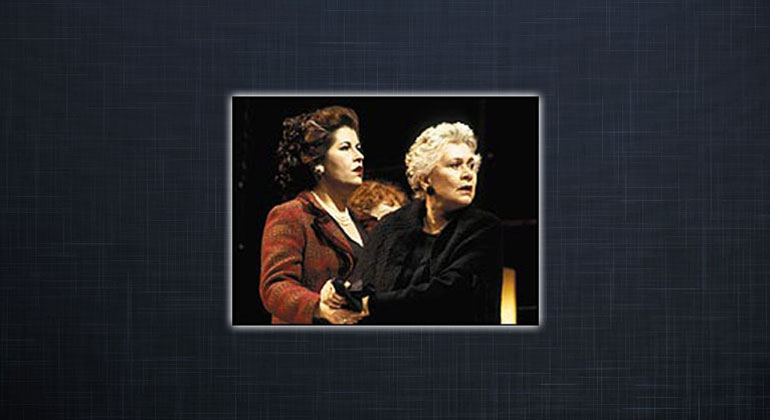 A comedy by LUIGI PIRANDELLO

In a new version by MARTIN SHERMAN

This dreamlike and hilarious play will have left you wondering whether to trust your own eyes. There are enigmatic newcomers in town: the dark, intense, ‘Ponza’, his shy, rather eccentric mother-in-law ‘Signora Frola’; and his reclusive young wife. No one understands their bizarre living arrangements. Everyone has a different theory as to the truth - and no one will countenance any other explanation. No one, that is, except for the wry and elegant ‘Laudisi’. He mischievously offers to establish the truth - and takes delight in his neighbours' growing frustration as they watch: “fantasy and reality dancing together, rather gracefully in fact - and suddenly you can't tell the difference between them”.

The show reunited the incredibly successful partnership of Franco Zeffirelli and Joan Plowright. They worked together in both film and theatre, including the seminal production of Saturday, Sunday, Monday, which co-starred Laurence Olivier, for which Plowright won the Society of West End Theatre Best Actress award. Amongst their films are Jane Eyre and Tea with Mussolini.