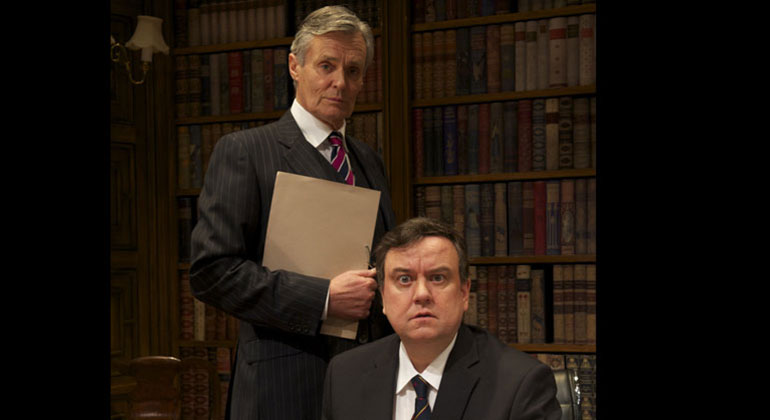 Straight from the West End!

The original writers of these classic series reunited for an anniversary production and now the Prime Minister Jim Hacker, his Cabinet Secretary Sir Humphrey Appleby and his Principal Private Secretary Bernard Woolley are all back, in a brand new play.

But great institutions have a way of riding punches and bouncing back unscathed for the next round. Will it prove so for Jim Hacker and his coterie of close advisors? Especially with the country on the brink of financial meltdown and the Government’s only apparent salvation coming from an unlikely quarter – a morally dubious deal with the Foreign Minister of Kumranistan.